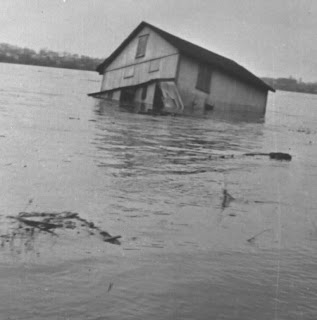 I fear that weather small-talk with strangers is in danger of becoming an extremely harmful custom in our modern civilized life. It's threateningly tedious. If something doesn't change soon, stranger on stranger violence will start popping up more frequently in office building elevators and submarine sandwich restaurants. Picture the latter where strangers are forced to stand and wait beside each other forever watching these artists place a few strands of shredded lettuce onto a measly sliver of sliced turkey breast. You're in this line and your nerves are shot. Now imagine that sandwich maker to ease the anxiety, offers, "Not as hot out today as it was in the Summer." It's enough to make anyone smash a nose-bone up into a brain. One swift move that guarantees instant death.
Just a week ago I was in a full elevator where I witnessed a fellow uttering the phrase, "Man, it's a cold one out there." The seething tension that arose in that metal box was enough to consider applying for some sort of cheap self-defense class. I'm talking YMCA cheap.
In order to quell this recent concern I've proposed a new way to look at common small-talk ice-breakers and maybe add some modern contemporary jazz to them. Sort of like what Branford Marsalis did for John Coltrane's stagnant farts. I still really enjoy the weather theme, I just think that if we could take the weather talk up a notch and make it more exciting, then strangers would rather enjoy meeting one another more in say, a crowded bus, or a long line-up for the Body World exhibit. The following are three examples of upping the weather small-talk ante:

1. "Is there a flood outside?"
- Whether there's a flood or not, you're talking about something cool like floods destroying villages. It can even break off into a whole discussion on Dams you guys know about that reside just above a vulnerable village? Maybe even talk about beavers? The GOOD kind of beavers- not the gross ones.
- Maybe your new friend has lost someone they loved dearly to a flood? That actually applies to any extreme weather discussions by the way. You never know what neat little personal nuggets you can get out of a stranger by reminding them of a tragedy.
- Let's not also forget how the two of you can instantly bond by imagining having to live in boats for the rest of your lives.

2. "I hope there's not a Tornado out there today."
- This is a good one because everyone always hopes that there's not a Tornado out there any day. It's ferocious, devastating, and it's responsible for so many dogs getting stuck on rooftops. There they are, stranded, barking helplessly for hours while their owners search desperately for that cigar box of receipts they've saved all year for the tax man.
-Tornados are also a great ice-breaker because what's that one famous Tornado our thoughts go to every time we hear that sinister word? The Wizard of Oz! Everyone's always secretly dying to discuss whether you really can see a midget hanging himself in the background of that one scene or not. My personal opinion is that it is a midget hanging himself on the set and it is because of a personal heartbreak that he could just not recover from.

3. "I just felt a little tremor there, maybe it's an Earthquake?"
- Earthquakes are a great way to get people thinking about whether there's really a Hell or not. Who doesn't think of the ground opening up beneath them and falling into a deep red lava soup. Does that lava come from hell? This could be a good discussion starter. I do advise you to stay away from the topic of Religion itself that can arise from discussing Hell and rather focus more on the ideas of a demon-man whipping your back for being so bad. Because no matter what people believe in, they still never want to die and find that they've been banished to a red hot eternal  guilt-trip.
- If you start talking about the straight ahead facts of Earthquakes then you'll be talking about how it's the Earth's tectonic plates moving. And you guys were standing on those tectonic plates exactly like how a surfer stands on their surfboard. You and your new friend will feel pretty cool talking about California's most bodacious sport and you'll also feel a lot more confident knowing that every day you're surfing on the planet. Hang Ten, everyone!
- Remember that Earthquake in Ghostbusters? Now you're talking about Ghostbusters. That movie is so good that most undoubtably, not only will you hit it off with that stranger but you'll more than likely also end up banging them. Now isn't that ultimately why we all initially start talking to each other anyways? Thank me later when you're cleaning all that goo off of your crotch.

You're in that submarine sandwich line now and you've invigorated weather small-talk by beelining right to chaos and destruction. No one got hurt because everyone was standing in line reacting with gasps of, "Imagine that!" "I would be so scared if something like that ever happened to me or my family" and, "Hey, I'm surfing on the planet!" You've all bonded now, laughed and cried, and you're ready to say goodbye to your new friends and go sit down somewhat near them and bite into your delicious long sandwich. I'm glad I may have saved the average boring day from irreparable violence. But seriously, think about this a lot
Posted by Chris Locke at 9:46 PM