My Kids Are Maddening and the Maple Syrup Mystery. 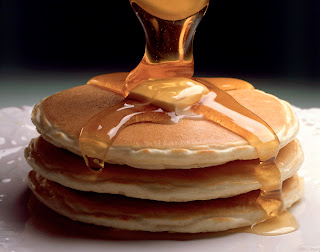 Okay, I think if I had to spout their names from memory, they're like, Harry, Marlboro, Camel, Grapefruit Juice, Pinocchio's Butt, And Mr. Mohawk. I don't know. I don't care. All they ever want from me is jumbo hot dogs and stories about liquor store burglars.

I had these kids with this insanely hot redhead girl named, Strawberry Johnson. She was the love of my life but she died when Mr. Mohawk was born, right after she saw his mohawk. Yes, I hold that against Mr. Mohawk.

She was the sexiest fox I ever banged over and over, but she was a wild one too. She was in a Butthole Surfers cover band. I think that's where the kids get it from. Her Father was president of Byron's Maple Syrup, so she was rich, and so was the Maple syrup! Ever hear of it?

When I met her, she was sawing off a dead goats leg so that she could make it into a lamp. I saw her butt crack sticking out of her jeans as she bent over. I asked her if she wanted to come with me to the beach. She did. That's when we started making kids.

But now she's dead and I got all these little hellions creeping around my house acting like burglars, smashing windows, hiding in liquor cabinets, and calling me, "Daddy-cakes."

They know they get my goat cause they intentionally push my buttons all the time. For example, I'll be having my morning coffee and one of them will look right at me as he smushes a banana into his hair. Pure disrespect.

Or Sometimes when I'm trying to cook a couple jumbo dogs for the brats, They'll get up on the kitchen counter, pour the boiling pot of water onto my head and then smush the jumbo dogs into their hair.
That's why my face is so messed up... from how many times it's been burned by pots of boiling water.

One time I'll never forget is when I had a new woman I was trying to woo over to my house. Her name was, Isabella. She was incredibly hot- stacked in the T and A department. Not only could you set a drink down on her butt, but you could sit on her butt and drink your drink.

Anyway, the kids were supposed to be asleep and nope, they weren't. They came sneaking down the stairs like a bunch of professional liquor store burglars and hid behind the couch where Isabella and I were sitting. I was trying desperately to plant my face right between Isabella's lovely jugs. She wanted more small talk first and, okay ladies, I understand that now. I do. I get it. I told her the story of when I went sailing in a sailboat that had a wasp's nest in it. That softened her up.

While I was making my moves, my kids, being the maddening creeps they were, as quietly as they could, cut little holes in the couch with a window cutter and robbed us blind. They took turns reaching into the holes and grabbing items out of Isabella's purse, they took her necklace, her rings, my wallet, my flask of Gin, and my pocket watch that I stole from a grave. Then they snuck to the garage, grabbed a bucket of varnish, snuck back to the living room, and dumped the varnish onto Isabella's head. I did not get some that night. I screamed in horror and Isabella ran out of the house, soaked with dripping sticky varnish running down her face and staining her prom dress. For some reason she wore her old prom dress. Maybe so the moment could be more Carrie-ish? My kids were squealing with giddy laughter, jumping up and down on the couch with their little balaclavas on.

So, anyway, I'm looking to get rid of these dicks. I'd give them to Mr. Byron Johnson, Strawberry's Father, but he drowned in a vat of maple syrup a year ago. It was a very mysterious circumstance. Some people whisper to themselves that he was murdered. Other people suppose that he plunged himself into the syrup out of despair.

They did an autopsy on his body after they fished it out of the vat and discovered that he had been eating buttermilk pancakes right before he died. They also discovered a ladle in his mouth. They also found a plate beside his loafers on the walkway above the vat. On the plate there was bacon, twelve grain whole wheat toast- buttered and grape jellied, two hard-bolied eggs, some strawberries, cantaloupe, and pineapple. There were also bits of pancake on the plate. Right next to where his jacket and scarf were piled on the walkway they discovered a fresh mug of coffee, a coffee machine, some freshly squeezed orange juice in a glass, and a Jack Lalanne Power juicer. They also found an open copy of that day's newspaper. A few meters down the walkway they found a bed, some ruffled sheets, rumpled pillows, and a scrunched up down duvet. There was an alarm clock on a bedside table placed beside a copy of, Totally Pancakes and Waffles Cookbook, by Helen Seigel.

Now you tell me, murder or suicide?
Posted by Chris Locke at 6:37 PM

Pure disrespect. Ha ha. This story has hints of truth and mounds of hilarity in it!